The Changing Nature of Terror

Following the terrorist attacks in New York and Washington on September 11, 2001, governments, property owners, lenders, and the insurance industry alike, largely focused their risk management efforts on confronting the potential catastrophic property loss resulting from a terrorist attack. This property-centric focus continued virtually unabated in the 15 years that followed, but recent events are starting to change the way people view terrorism risk.

Over the past few years, the world has seen a marked shift away from the use of large scale explosive devices designed to inflict maximum property damage towards smaller scale, more frequent attacks using vehicles, knives, small explosives, and guns to inflict mass casualties and drive public hysteria.

With this shift comes a need for organizations to look more closely at their terrorism liability exposure.  No event shines a greater light on this need than the recent mass shooting in Las Vegas that claimed more than 50 lives and injured over 500 others.  While the attack itself may lack the clear political motive to qualify as a terrorist event for insurance purposes, the fallout from the event will likely have far reaching consequences for the way organizations prepare for and respond to all forms of malicious attack, including terrorism.  While other similar attacks have occurred in the past, this time around we’ve seen intense public scrutiny surrounding the responsibility and potential liability of MGM Resorts, Live Nation and the bump stock maker Slide Fire Solutions LP for the severity of the attack.

According to various news outlets, initial claims against MGM Resorts, assert that the company failed to maintain the Mandalay Bay hotel in a reasonably safe condition and failed to adequately train and supervise employees on the reporting and discovery of suspicious individuals.  While it will take years to sort through the lawsuits that are still pouring in, this event may set a new precedent for what property owners and event organizers are required to uphold to ensure their guests’ safety. In the past, it could be argued that such an event was not foreseeable, but as these attacks have become more common, the foreseeability defence is losing steam. 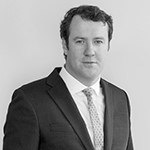 INTECH Risk Management (“INTECH”) is an independent insurance consulting company involved in the analysis, design, development, implementation and management of insurance programs. INTECH does not sell insurance, nor is it affiliated with any insurance company or brokerage.  This unique independent position in the marketplace enables our consultants to avoid conflicts of interest and provide our clients with unbiased, expert advice. INTECH has received the 2017 Award for Excellence in Risk Management from Insurance Business Canada, the 2015 and 2016 Due Diligence Provider of the Year Award from IJGlobal Americas, and has achieved Platinum Elite Status on ReNew Canada’s Top100 Projects.

The latest news from INTECH Risk Management and across the industry.

Think of INTECH as your auxiliary Risk Management Department,
ready when you are, wherever your business takes you