Delay in start-up coverage is designed to cover the loss of the anticipated or potential income in the event a construction project suffers physical loss or damage during construction. In a way, delay in start-up (or “DSU”) coverage is a form of business interruption insurance for construction projects. It specifically insures the risk of financial loss incurred past the original scheduled completion date due to a delay in the opening of a newly constructed asset caused by physical loss or damage to the project (i.e. the landlord’s loss of rents from an office building, an operator’s loss of toll revenue from a bridge project, or a consortium’s loss of availability payment on a public infrastructure P3 project). Delay in start-up coverage provides a safety net to insure significant future profits and consequential financial losses.

In the most basic terms the coverage will provide for the loss of income which would have been earned if the project was on schedule and opened on-time to generate revenue. For most commercial projects this would mean the loss of rental income but it can also include the loss of recoveries or expenses which would have been paid by the tenants (such as common area maintenance charges or “CAM” costs). Loss of revenue from other sources such as parking should also be contemplated. On a condominium project cover can include the interim occupancy fees prior to registration. In the PPP world, DSU covers the loss of the availability payment (monthly payment made by the authority to the private operator or consortium) which is lost if the project is not operational/completed (“available”) on time.

With the above in mind, it is important to consider that most forms of DSU wordings pay on a “net” or “actual loss sustained” basis which reduces amounts payable by costs or expenses which do not continue during the period of restoration. As an example, DSU payments for the loss of rental income would be reduced by amounts saved by owner not having the wages and salary costs associated with property management or maintenance since the property has not yet reached operations. In that respect, savvy owners will calculate the DSU limit based upon net income, or profit, plus fixed expenses or standing charges. Standing charges on a construction project may include heat, light, power and electricity, water, surveillance, taxes, debt service, office, and staff costs.

Coverage is triggered by direct physical loss or damage to the project which subsequently causes a delay in opening (or completion) of the project. Proceeds are typically made at the point the project was originally scheduled to be completed and continue until the project or building is back generating “normal” revenue subject to the maximum indemnity period contained on the policy. Normal revenue or income is typically defined as what would have been earned or generated had the loss not occurred.

It is standard for business interruption policies to have both dollar limits and maximum periods of indemnity. The maximum indemnity period is the maximum amount of time the insurance company is liable to pay the delay in startup coverage which is usually indicated in months (and the most common amount is a 12 month indemnity period). The definition and start of the “indemnity period” can vary by insurers with some considering the date of the loss to be the start while other insurers (and the preferred method) consider the date at which the project was scheduled to open to be the start of the indemnity period. The former can be troublesome as usually an actual loss does not occur until the project was scheduled to be open and a loss early on in construction may see the indemnity period come and go before an actual loss is sustained by the owner. The indemnity period purchased should be sufficient to cover the complete reconstruction of the property.  The most common indemnity periods purchased however tend to be between 12 and 24 months, but insurers will offer up to 48 and in rare cases 60 months of coverage.

The coverage protects contractors, owners, lenders and other stakeholders associated with the financial outcome of the delay in completion. As owners often rely entirely on their contractor to maintain insurance coverage on a construction project, delay in startup coverage is often not obtained as it is usually not the contractor sustaining a loss of income in the event of damage to the project. When the project is damaged by an insured loss, the contractor will likely receive a change order to rebuild the structure including their normal margin or profit on the reconstruction work. In this scenario the contractor is not concerned with the loss of rental revenue incurred due to the delay as they still receive the same work and profit margins.  As such, the contractor does not have an exposure to loss, and therefore is not motivated to maintain coverage for the protection of the owner.  As owners, equity members, risk managers, lenders, authorities, and other stakeholders become more involved in insurance decisions however, there has been a marked increase in the uptake of delay in startup coverage whether required by owners in the construction agreement, lenders in the financing agreement, or authority in a public procurement. 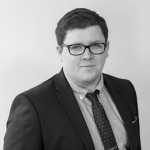 INTECH Risk Management (“INTECH”) is an independent insurance consulting company involved in the analysis, design, development, implementation and management of insurance programs. INTECH does not sell insurance, nor is it affiliated with any insurance company or brokerage.  This unique independent position in the marketplace enables our consultants to avoid conflicts of interest and provide our clients with unbiased, expert advice. INTECH has been the 2015 and 2016 winning recipient of the IJGlobal Americas Due Diligence Provider of the Year Award.